Date to be rescheduled for 2020 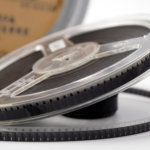 Established in 2006, Bloomsbury Festival is a creative explosion of arts, culture and science. With a unique blend of academic institutions, businesses, cultural organisations and diverse communities, Bloomsbury has been a catalyst for ideas that have had an impact across the world for hundreds of years. Bloomsbury Festival celebrates contemporary Bloomsbury; a hotbed of creativity and pioneering development which has one of the youngest and most diverse populations in the country.

For five days each October, the streets, parks, museums, galleries, laboratories and public and private buildings of this vibrant corner of London play host to almost 130 events which attract a significant audience from across the city and beyond.

The Penn Club and the Bloomsbury Festival

Situated at the heart of Bloomsbury, The Penn Club has been part of the Bloomsbury festival for a number of years, hosting talks and events. As part of this year’s festival, to mark The Penn Club’s centenary year, there will be a chance to see a rare screening of the 1960 film Village of the Damned based on the 1957 novel The Midwich Cuckoos which was penned by one of the Club’s most famous residents, the author John Wyndham.

Village of the Damned

Directed by Wolf Rilla, Village of the Damned is a low-key dramatisation of Wyndham’s novel The Midwich Cuckoos, based on a script by Stirling Silliphant. Key characters include scientist Gordon Zellaby (George Sanders) and his wife Anthea (Barbara Shelley).

The quiet English village of Midwich is visited by aliens who put the whole place to sleep for 24 hours and depart; some weeks later all the women of childbearing age find they are pregnant, and give birth to golden-eyed telepathic children whose powers are soon turned against the village and the world.

In this complex tale of conflicting binary struggles between good and evil, the story explores the murky world of how we respond when confronted by those who threaten us and are innately superior in every conceivable way. Through Rilla’s cinematic interpretation, the psychological dramatisation of Wyndham’s original novel became a classic sci-fi horror film.

Tickets for this event are available via the Bloomsbury Festival or The Penn Club. To enquire about accommodation and any reservations you wish to make, please contact The Penn Club.

Time: To be confirmed.

Where: To be confirmed.

Tickets: Price to be advised.